What, if any, association exists between first use and current use of flavored tobacco products, and current flavored tobacco use and quit behaviors among US adults?  Those are questions a group of researchers, including Ms. Danielle Smith, a University at Buffalo doctoral student and senior research associate at Roswell Park Cancer Institute, set out to answer in a recent study published in the peer reviewed journal Tobacco Control. 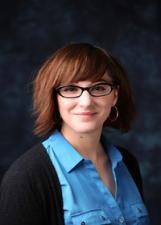 “Researchers have long known the impact that flavor additives have on uptake, palatability and continued use of tobacco,” says Smith, who is pursuing a doctoral degree in community health and health behavior from the University at Buffalo School of Public Health and Health Professions. “However, we were not aware of studies examining quit behaviors in relation to use of non-cigarette tobacco products containing ‘characteristic flavors’ like fruit, candy or alcohol.”

“While many studies have examined the impacts of characterizing flavors in teen and young adult populations, few studies have extended such concepts to a nationally representative population of adult tobacco users.”

Ms. Smith, along with research project leads from the University of Illinois at Chicago and collaborators from Roswell Park Cancer Institute in Buffalo, New York, administered a nationally representative, telephone-based survey in 2012 to 1,443 US adult tobacco users.  The survey asked about use of nine tobacco products:  cigarettes, e-cigarettes, cigars, cigarillos, little filtered cigars, pipes, hookah, smokeless tobacco and snus.  To assess quit attempts, one question was administered to all respondents who reported current use of one or more tobacco products at the time of the survey.

“In short, the fact that consumers can choose to purchase tobacco products that contain added flavorings matters. This may have an effect on overall trial and use of tobacco, and potentially, efforts to quit using tobacco. ”